On Friday Rope opened to a packed audience; our Opening Night Gala was a hit and the show was a smashing success. I’m so proud of all those who have been involved and it was wonderful to finally see everything fall into place onstage. This Saturday November 22nd we have two performances; a 2:00pm matinee, which as of late Friday night is 78% sold out and a 7:30pm evening show, which is currently 93% sold out. It’s great to have such full houses and we open the show is received well!

If you would like to get tickets to this weekend’s performance, check out TOtix.ca. Tickets can be purchased online up to 2 hours before the event. After that, tickets can only be purchased at the door; cash only, please. 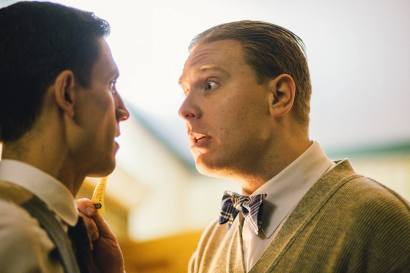 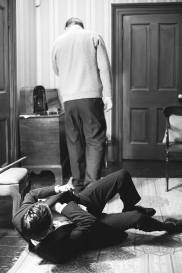 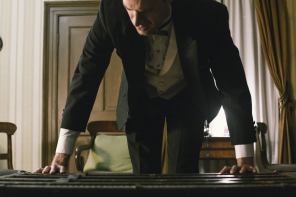 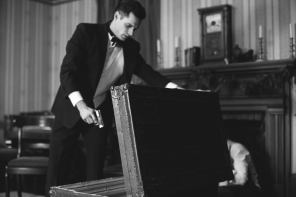 All photos courtesy of the talented Danielle Son; check out her website here: http://www.logosphotography.org/.

To see the rest of the production stills check out our facebook page.

On September 15, 2014, the cast of Rope met for our first read-through. After a single reading, I knew I had made the right casting choices. We had an incredibly talented group of actors, and thankfully, everyone got along from the start.

We got into rehearsals right away, and quickly started making interesting discoveries about the text. The onstage chemistry grew fast, and offstage new friendships started to form. 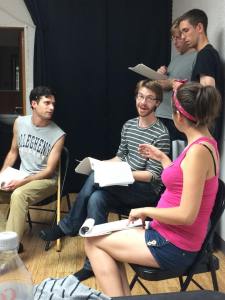 We put together an awesome fundraiser, Retro Radio Hour – Suspense! and got to see everyone’s comic side.

And a glamourous side as well. 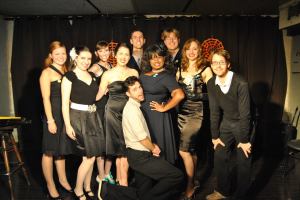 As the show progressed, and intensity grew, I started to get really pumped about the show. Despite seeing scenes over a dozen times, these guys were giving me chills. I knew we had something great. 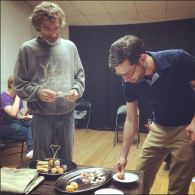 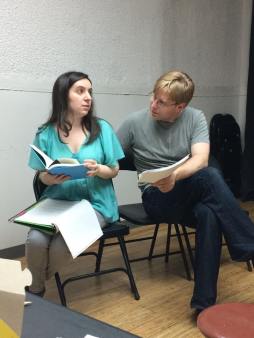 In one week we will open at the Gibson House Museum. It has been 2 months of hard work but it has certainly been worth it. Don’t miss your chance to see this amazingly talented cast; Leete Stetson, Nicholas Arnold, Jamieson Child, Chelsey MacLean, Matt McGrath, Ian McGarrett, Elizabeth Rose Morriss and Caitlin Robson.

Join us for our opening night gala at 7:00pm on Friday November 21; show starts at 7:30pm. Tickets can be purchased in advance through TO Tix. 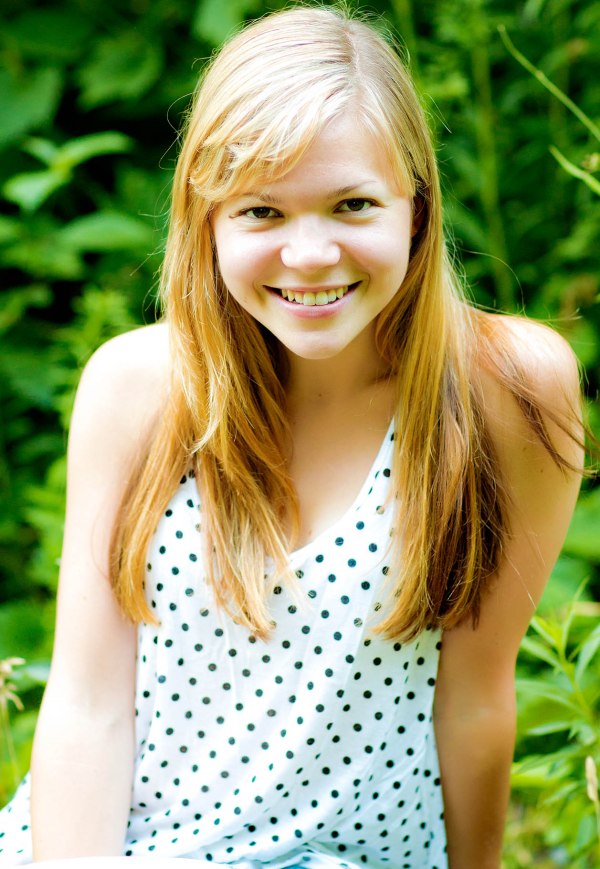 Our next crew spotlight is with stage manager Devon Potter! The lovely lady who keeps us all organized and running on time!
1. What first attracted you to Bygone Theatre and this production of Rope?
The idea of doing a site-specific show was what initially attracted to me to this production; it’s one thing I haven’t had the opportunity to do in my theatre career and have always wanted to do.  It’s proving to be a very different sort of beast, and I’m looking forward to seeing how it all works once we move into the venue.

2. What challenges have you faced & what is your favourite part of working on a site-specific play that runs in real time?
Working on a site-specific show as a Stage Manager is quite different than doing a show at theatre – a lot of the tech elements are removed, which you might think would make the show seem simpler, but a whole lot of different challenges present themselves to make up for the simplicity of the technical side of things.  Things like figuring out how best to let the actors know when it’s show-time since they will be ‘on’ even before the audience enters the room, to the different vantage point from which I’ll be watching the show (if only historical museums came with their own booths!), to having no way of communicating with anyone backstage, since there really is no ‘backstage’ to speak of, are just a few of the challenges that I will face as SM.  It’s exciting though – I’m always up for new challenges, especially when it comes to theatre, and it will be fun to feel it out and work with the team to make sure all aspects of the production are as smooth as they can be.

3. What has been your favourite part of the rehearsal process so far?
My favourite part of the process so far has been watching the actors come alive as their characters; it’s always fun to see how differently each performer prepares and works, and there have been some really neat things happening in rehearsals in terms of character choices and development.  It’s always tough to tell at a first read-through how characters are going to be portrayed, but it’s been great seeing the cast experiment and grow and solidify who they are as their respective characters.

4. Why should everyone come and see Rope?

Come and see ‘Rope’ because it’s a great, suspenseful show that isn’t done a lot and has something for everyone.  Suspense, mystery, sexual tension, deep discussions, sarcastic one-liners, odd, funny, dark and intense characters.  The cast is made up of an incredibly talented bunch of actors and you don’t want to miss seeing the work that they’ve created!