Leete Stetson has worked on every Bygone show to date; he was music director and part of the choir in Doubt: A Parable, played Tony Wendice in Dial M For Murder and has performed in each of the Retro Radio Hour shows. Leete joins us again as the sinister Brandon Wyndham in Rope.

1. What first attracted you to  Bygone Theatre and this production of Rope?
The lovely and talented Emily Dix. To date, I think I’ve been involved in just about everything Bygone Theatre has done. Emily and I have many interests in common, one of which is Alfred Hitchcock who did a film adaptation of this play.

Want to see more of Leete? Get your tickets to Rope through TO Tix.

Working on Rope has got us thinking about true crime and the bizarre attraction the world has to criminals and the supposed “glamour” that surrounds them. While we of course don’t support or encourage crime itself, you’ve gotta admit, some of these vintage mugshots are pretty stylin’. Want one of yourself? Join us for Retro Radio Hour – Suspense! and have one taken in our Mugshot Photobooth! 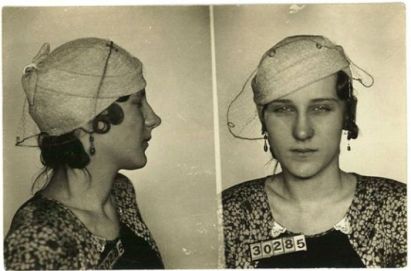 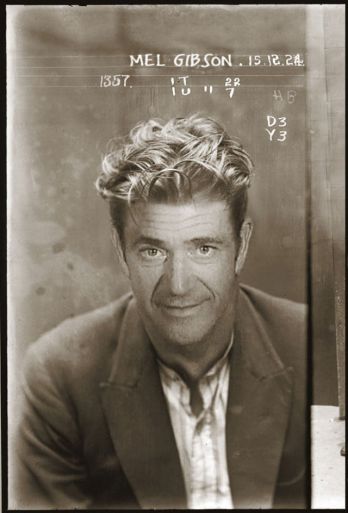 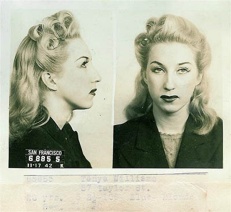 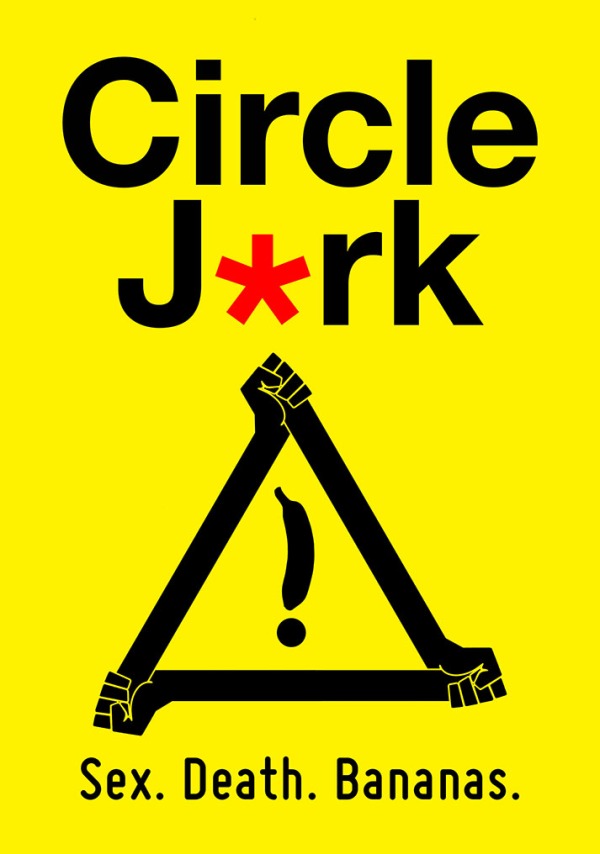 Our friends at Soup Can Theatre have graciously donated a pair of tickets to their upcoming production of Circle Jerk for the raffle portion of our upcoming Retro Radio Hour – Suspense! Check out the show deets below:

Tickets: $15 to $24. Available at www.soupcantheatre.com or in person at the venue box office starting one hour before each performance.

This past summer, members of the public were invited to submit original snippets of dialogue that the participating playwrights would have to use as the opening and closing lines of their new creations. After receiving almost 300 submissions, four intriguing lines were selected and assigned to the writers:

“Subtlety is not your specialty.”
“What’s Bulgarian for slut?”
“I think it’s time we talked about your filthy rituals.”
“I fucking hate potatoes.”

As an added twist, each of the lines of dialogue were assigned to two playwrights in order to serve as both the closing line of one play and the opening line of the following play. This loosely interconnected and ultimately cyclical structure (with the first play starting and the last play ending with the same line) puts the “circle” in CIRCLE JERK. After an intense writing and production period, the end results are four diverse yet cohesive works backed by an impressive roster of talent:

– ‘Dust Peddling: Part II’ by Scott Dermody; A bold and confrontational movement-based piece exploring themes of sexuality and bodily interactions. Directed by Joanne Williams (‘Wild Dogs On The Moscow Trains’) and starring Scott Dermody (‘Love is a Poverty You Can Sell 2’, Soup Can Theatre) and Sasha Kovacs.

– ‘Sex and This’ by Wesley J. Colford (‘The Wakowski Bros.’, Aim for the Tangent); A touching and distinctly modern comedy-drama about death, self-destruction, and the new rules of mourning in the age of Facebook. Directed by two time Dora Award nominee Jakob Ehman (‘Cockfight’, Theatre Brouhaha; ‘Donors’, safeword) and starring Tiffany Deobald (‘Much Ado About Nothing’, Single Thread Theatre) and Carys Lewis.

– ‘Maypole Rose’ by Brandon Crone (‘Donors’, safeword); A quirky and salacious window into the imperfect life of a gay couple with an affinity for junk food, weed, and monkey sex. Starring Alexander Plouffe (‘As You Like It’; Canadian Stage) and G Kyle Shields (‘Sucker’; Theatre Brouhaha).

– ‘The Session’ by Justin Haigh (‘Love is a Poverty You Can Sell 2’, Soup Can Theatre); A dark comedy about a workplace therapist determined to crack open an antagonistic nuclear safety expert with more than just safety on his mind. Directed by Justin Haigh and starring Allan Michael Brunet (‘Marat/Sade’, Soup Can Theatre) and Matt Pilipiak (‘Three Men in a Boat’, Pea Green Theatre).

In addition to the four new theatrical works, four new short musical compositions – each inspired by one of the four lines of dialogue – will be performed by a live five-piece ensemble and serve as interludes between the short plays; ‘Subtlety is not Your Specialty’ by Marla Kishimoto, ‘What’s Bulgarian for Slut’ by Pratik Gandhi, and ‘I Think it’s Time We Talked About Your Filthy Rituals’ by Peter Cavell.